I keep wanting to name this chapter “Modulinos”, but that doesn’t mean much to someone who doesn’t have that idea yet, so I leave it as is.

For awhile, I’ve wanted to reduce the modulino idea to a single statement, perhaps a use statement:

I think I’ve got most of the way there with Modulino::Base, which I’ve included in my update to the chapter. It was an interesting journey though. I didn’t want to inherit from it because it’s not really that sort of relationship. I could add it as a role or trait, but I didn’t want to deal with complication surrounding that. I settled on a require because the code needs to run after the compile phase when all of the methods are already compiled. That was true of the code that was already controlling that behavior:

Moving all of the code into another file (and using subroutines) messed with caller a bit. Now I had to look back a couple of levels to see what was going on. That seems simple now that I’ve figured it out, but on the way I loaded Modulino::Base in many ways and looked at caller going two levels back to convince myself I was doing the right thing. As with most coding problems, the other weird things I was trying to do had clouded the problems and simplifying the module solved it. 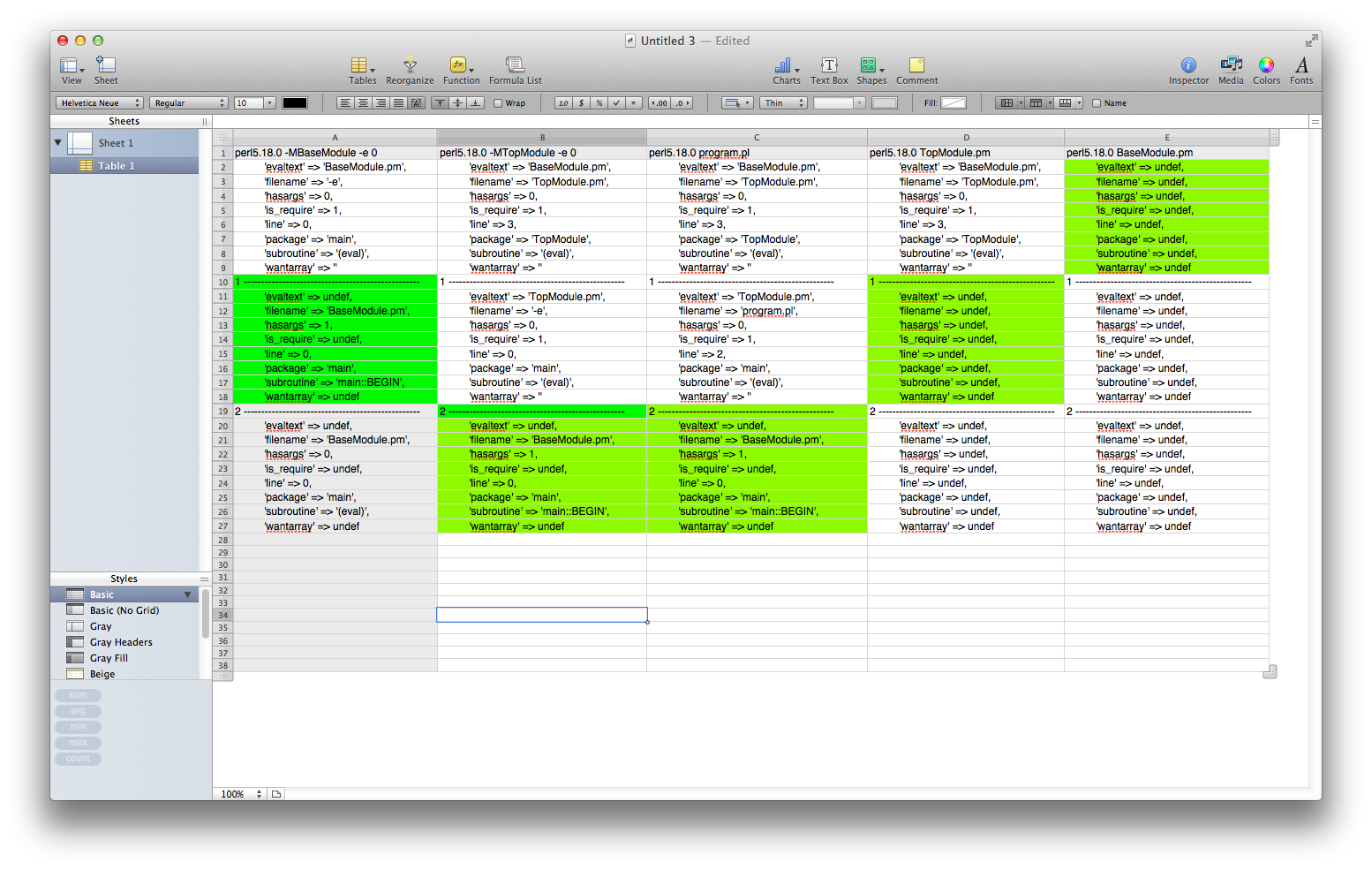 The danger with any code written specifically for a book is that it hasn’t been used widely and its problems haven’t appeared. I know they are there. Not only that, once the book is done, the author tends to stop supporting the code. I certainly plan that because I think the idea is simple enough that no one should use a module for it. That is, no one should create an external dependency to get something so simple.

I’ve also expanded the modulino idea. Previously, it was about running as a program or loading as a module. However, we can do other things based on any condition. The module can run as a test script. Modulino::Base looks for methods that start with _test_ and runs them as subtests if CPANTEST is set to a true value. I stole that idea from Python, although it doesn’t seem to be as popular as it was when I learned that language.

Beyond that, I experimented with having a module file be a template for its own documentation. Using some switch to say I wanted to read the docs, it ran Pod::Perldoc on itself, making modifications to the Pod along the way, such as automatically inserting the right package name. I like that idea and I think there’s more behind it, but it’s not something I want to delay the book for.

You can check out this chapter in O’Reilly Atlas.